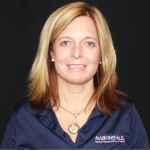 April has been a therapy aide at Martinsville Physical Therapy & Industrial Rehab since 2009.

April’s health care career began in 1992 when she became a Certified Nurse Aide (CNA).  In 2008, she graduated from National Business College as a Medical Office Specialist. She is currently pursuing an Associate Degree at Patrick Henry Community College with plans to transfer to a four year university.

Outside of work, April enjoys spending time with her son Nicholas, who participates in baseball, football, and basketball.