We are hiring Physical Therapists in Danville, South Boston, & Martinsville
Apply Now
You are here: Home / Archives for river district

Want to beat the heat? Check out The North Star Theatre Project’s performance of The Lion King Jr.! Shows run the last two weekends of June at The North Theatre in Danville. 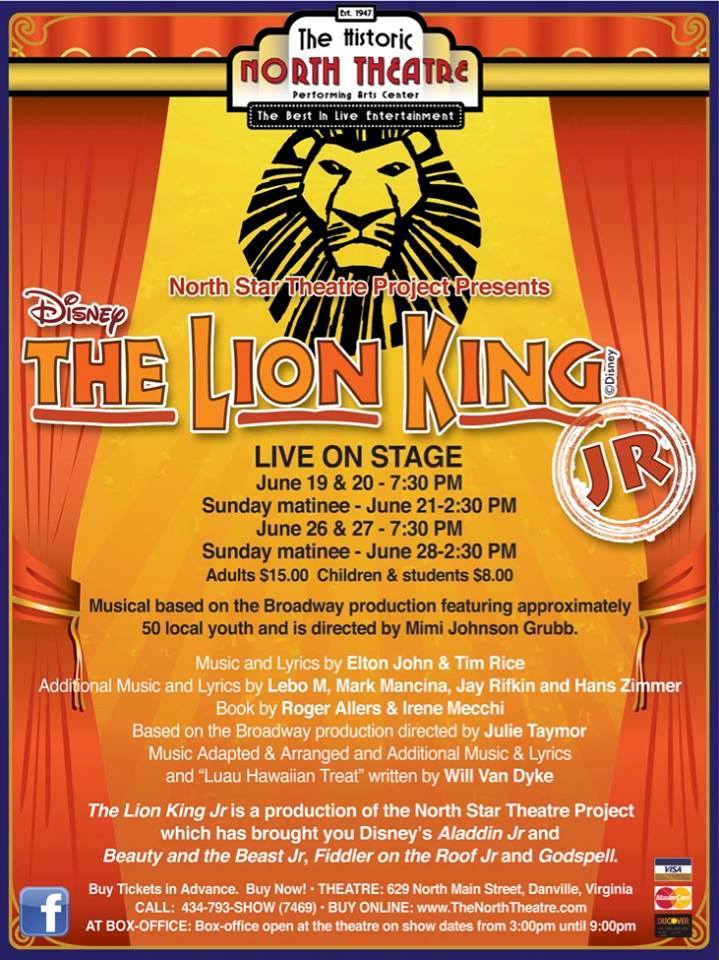 Mira Crawford, daughter of Physical Therapist Millie Crawford, is performing in the show. Millie and Mira share some info about the show and all that is involved in running this exciting production:

Q: How long have you been preparing for the show?
M: Mira has been in theatre camp the past two weeks learning her part. All of the behind the scenes work began in January.

Q: What can the audience expect when they come to the show?
M: Lots of singing and fun! Mira is part of the ensemble, where she performs as a wildebeest, elephant, and other animals.