We are hiring Physical Therapists in Danville, South Boston, & Martinsville
Apply Now
You are here: Home / Archives for occupational therapy

We thank the readers of Showcase Magazine for these recognitions! We are grateful for the opportunity to provide outpatient physical and occupational therapy services here in this wonderful region!

If you are a current  or future Medicare beneficiary, we want to keep you informed about Medicare coverage for outpatient therapy services.

What are the Medicare therapy caps?

Currently, Medicare limits the amount it will pay for outpatient therapy services in one calendar year.  These limits, or “therapy caps” are:

Are there any exceptions to the Medicare therapy caps? 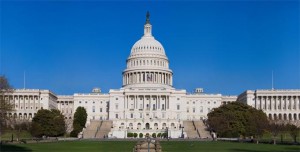 If you are a Virginia resident, then your local legislators are:

If you are a North Carolina resident, then your local legislators are:

Medicare limits the amount it will pay for outpatient therapy services in one calendar year.  These limits, or “therapy caps” are:

What happens if you exceed the therapy cap?

How do I do know if I exceed the cap? 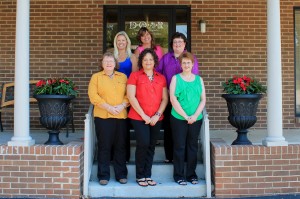 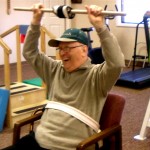 Roland is a former teacher, a published author, and the retired manager of a Value City store. Not much could slow him down until two years ago, when symptoms of an undiagnosed neurological condition began to impact his life. He is receiving physical and occupational therapy at DOAR Central to treat weakness and immobility on the left side of his body, and on his right leg.

Almost two years ago, I drove 900 miles to visit my home state of Vermont. By the time I arrived, I could barely walk. I was in the hospital there for 5 days. The doctors initially thought I had a mini-stroke, but now that’s been ruled out. When I came home to Danville, I couldn’t walk at all, and I had to go back to the hospital.  The doctors still don’t know what I have. They know it’s neurological, but that’s all.

When I left the hospital, I went to a nursing home before I could come home again. Then I had therapy at home, and when I was ready for outpatient, I tried this place. When I started, I was in a wheelchair, then I used a walker, and then a cane. My doctor changed one of my medicines to see if that would help, and I regressed. I’m getting better again now, but I still use my walker sometimes.  I can’t drive because of my right foot, and I can’t write because I need my left hand to use the computer.  I can still do almost everything else, but I do it really slowly.

The therapy has helped me a lot. There’s really some great people here. They’re professional, but they joke around and make you feel good about coming in. If you feel at home and comfortable, therapy is so much better for you.

Thanks for sharing your story, Roland!

Christene received occupational therapy at DOAR Central after suffering a nerve injury in her hand.  She worked with Beth Neal, OTR/L and Lea Walters, COTA to restore functional movement in her hand.  When Christene started occupational therapy, she could not use her hand at all.  After beginning therapy, Christene’s use of her hand began to improve.  Some of her goals when she started were to be able to button her buttons, hold her lunch tray, and put her hair in a ponytail, all of which she is now able to do.  She is still working on tying her shoes, but she hopes to be able to accomplish that goal soon as well! 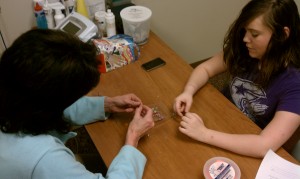