Each year, we have the honor of recognizing our staff who have made a significant career commitment to the Danville Orthopedic & Athletic Rehab and our affiliate clinics. In 2013, three of our team members celebrated milestone anniversaries. Please join us in saying thank you and congratulations!

Kate Albright, PT joined the team at Danville Orthopedic & Athletic Rehab as a Physical Therapist in 1993. In 2013, she celebrated her 20 year anniversary with DOAR.

Linda Martin joined the team at Danville Orthopedic & Athletic Rehab in 1993 as a physical therapy aide. In 2013, she celebrated her 20 year anniversary with DOAR.

Karen Griffin joined our team 2008 as a physical therapy aide at DOAR East. She continued working part-time at DOAR Chatham while  attending school to become a Physical Therapist Assistant (PTA). Upon graduation, Karen transitioned to her current role as a PTA at DOAR Central. In 2013, she celebrated her 5 year anniversary with DOAR.

Stephanie Swiger, ATC/L, is an athletic trainer licensed in North Carolina. She joined the team at Roxboro Physical Therapy in November 2012. Get to know Stephanie here…

Stephanie’s position was previously filled by Sarah McDowell, ATC/L. Sarah has been a valued member of the team Roxboro PT for four years. She is leaving to pursue an associate of applied science degree to become a physical therapist assistant.

Please join us in wishing Sarah success, and in welcoming Stephanie!

Emma was first introduced to TheraSport as a patient, then as an undergraduate intern while studying Sports Medicine and Health Science at Guilford College.  She officially joined the staff in fall 2011 as a part-time Physical Therapy Aide.

As Patient Services Coordinator, Emma will be responsible for providing customer service to patients and referring providers, and  for providing support to the physical therapy staff. She will also be a liaison to the DOAR & Affiliates business administration team, with responsibilities related to billing and marketing.

Please join us in congratulating Emma!

Danville Orthopedic & Athletic Rehab is pleased to announce the arrival of two new members of our therapy team: Melissa Smith of Chatham, Virginia and Tiffany Sharpe of Ridgeway, Virginia. Melissa and Tiffany are both graduates of the physical therapist assistant program at Jefferson College of Health Sciences in Roanoke, Virginia. 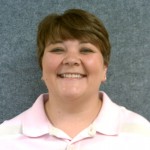 Please join us in welcoming Tiffany DeLoatch, DPT to the team at Danville Orthopedic & Athletic Rehab. Tiffany earned a Doctorate of Physical Therapy degree from Elon University in December 2010. She will see patients at DOAR Central and Martinsville Physical Therapy.

A native of Martinsville, Tiffany attended Averett University in Danville, where she earned a Bachelor of Science in Sports Medicine/Wellness. While a student at Averett, Tiffany was captain of the  women’s basketball team and a member of the women’s lacrosse team.