Rosemary Reese is a lifelong horse enthusiast. She lives on a 400-acre farm outside of South Boston, Virginia with her husband and their children, dogs, and horses. One day last fall, Rosemary was in the process of penning one of her horses, Spirit, into a stall. Spirit had another idea, and rushed past Rosemary to escape into the pasture, accidentally pushing Rosemary’s leg into the stall wall. Rosemary ended up with a fractured tibial plateau, which is the area on the front of the shinbone. As Rosemary soon learned, injury to the tibial plateau can majorly impact your life! Rosemary’s injury negatively affected her knee joint, weight-bearing ability, stability and motion.

Prior to the accident, Rosemary was accustomed to a life of independence and mobility. She drove herself anywhere she needed to go, whether it was to go shopping or to watch her daughter’s sports activities. She worked as a caretaker for a friend’s horses. She was an active member of Scottsburg Baptist Church, where she participated in a Sunday school class and played piano. She enjoyed riding horses sand taking walks around her farm. She was able to help her daughter move into her freshman dorm at Christopher Newport University.

Rosemary had surgery soon after the accident, which repaired the tibial plateau fracture with a plate on her tibia and screws in her knee. Her surgeon recommended waiting to begin physical therapy, so for around two months, Rosemary’s activity was limited to hobbling around her house with a walker. She experienced pain and swelling in her right leg and foot. Walking and standing were nearly impossible, and stairs were off limit – which meant no attending her Sunday school class, which meets on the second floor of her church. Driving was not allowed, and even riding in a car was painful and cumbersome, so visiting her daughter at school was limited. Rosemary says, “Even something simple like potting flowers is much more complicated when you’re on a walker… There are just so many things that I now know I took forgranted.”

Rosemary says, “I was pretty pitiful when I started physical therapy. I had no quad muscle. The only way I could move and turn and use my leg was by moving my hip.  They worked really hard with me because they knew I was really frustrated. I could only get around with the walker, which really limited me on where I could go and what I could do.”

She began with aquatic therapy, then graduated to using the treadmill, NuStep, bicycle and weight machines in addition to working one-on-one with Mike and his team.

When Rosemary could lift her leg up off the floor on her own, she viewed it as major accomplishment. But more milestones followed. Rosemary says, “For a while, my number one accomplishment was when I could use the bicycle and rotate the pedals all around… Now, I’m walking up and down stairs with one hand on the railing.”

The stairs were an important milestone, since her Sunday school class is on the second floor of her church and there is no handicapped access. Just last weekend, she was able to return to her Sunday school class for the first time. She also was able to stand long enough to groom her horses – although she’s not able to start riding again quite yet.

Rosemary says, “My next milestone will be to lose the cane and walk on my own. I want to build up to walking one mile, then two miles. I want to be able to visit my daughter and go shopping with her. Riding my horses will be another milestone down the line.”

Rosemary’s slow but steady progress has reinforced for her the importance of hard work and patience. She says, “If you don’t work hard and put in the effort, you won’t make any changes. When I started physical therapy, I could only do half turns on a bike. It was depressing! You have to stick with it. Little things that seem inconsequential really do add up.” 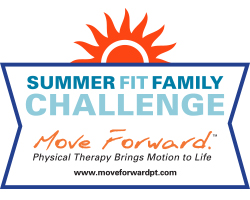 The “Summer Fit Family Challenge,” brought to you by American Physical Therapy Association and its Section on Pediatrics, aims to help children and families stay active together this summer.

Pediatric physical therapist therapist Joe Schreiber, PT, PhD, PCS, discusses the benefits of activitiy for children, how the challenge works, and the rewards for participating. Click here to listen to the segment.

Millions of Americans suffer from joint pain everyday. Osteoarthritis, meniscus tears, and overuse are some of the most common causes of knee pain that I see on a weekly basis at Roxboro Physical Therapy. Some patients opt to have surgery to help improve the pain in their affected knees. However, according to research published by the respected New England Journal of Medicine, physical therapy can be just as effective in providing pain relief as surgery (read the full research article here.) Despite this research, many patients continue to have costly, avoidable knee surgeries, amounting to millions of dollars spent per year. 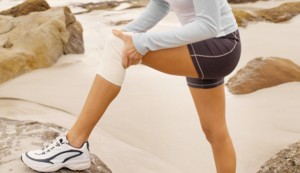 Here are some specifics from respected articles supporting the notion that physical therapy and exercise can be suitable alternatives for knee pain:

First, a double-blind study conducted in 2002 on arthroscopic knee surgery. 180 patients participated in the study and were assigned to three different groups. One group had a “sham surgery” where cuts were made in the patients’ knees to look like they had undergone a full surgery. A second group actually received the full surgery. And a third group had a partial surgery. After 8 weeks there was no discernible difference in subjective measures of pain. Even at follow-ups one and two years later, there were no differences in the reported pain or ability to perform daily functions. (Source: New England Journal of Medicine, 2002 July 11; 347 (2): 81-8)

Another study conducted in 2007 used 56 patients with a common cause of knee pain, chronic patella-femoral syndrome. These patients were split into two groups, one group had surgery and 8-weeks of exercise and the other group only completed 8-weeks of exercise. Again, there were no discernible differences up to two years after the study was complete. (Source: BMC Medicine 2007, 5:38)

Both of these studies suggest that, for some patients, exercise can be a suitable alternative to knee surgery. Furthermore, these studies provide support for my opinion, which is that surgery should be the last option, and that pain-free living does not require assuming the risks involved with major surgery.

With most types of injuries, especially joint pain, exercise is a must. To my knowledge, the notion that exercise has a detrimental affect on your joints has never been confirmed and is a common misconception. On the contrary, numerous research studies have proven that exercise can have a positive impact on your joint tissues. In fact, if you combine the weight loss affects of exercise along with the increased compressive and tensile forces on bone, the benefit becomes exponential. Maintaining a healthy body weight decreases the risk of developing knee pain secondary to osteoarthritis. Exercise also improves bone density and joint function, decreasing the risk of osteopenia and osteoporosis, therefore reducing the risk of fracture as we age. Along with improvement in joint pain, exercise has many other physiological and psychological benefits. Some of these include improved cardiopulmonary health, decreased cholesterol, improved circulation, increased energy, and a better self-image.

This afternoon, Athletic Trainers Raegan Fuller, ATC and Jeff Durand, ATC led a series of games for middle schoolers at the Boys & Girls Clubs of the Danville Area.

Danville Orthopedic & Athletic Rehab partnered with the Boys & Girls Club on this activity in support of the club’s healthy lifestyles initiative, which includes encouraging physical fitness and sports activities.

Our Athletic Trainers were the perfect people to lead this activity. Not only are they experts in exercise, but Jeff and Raegan are also both youth volleyball coaches – so of course they brought volleyballs! We played “Human Net,” which involves dividing into three teams: two opposing teams and a third team that serves as – you guessed it – a human net!

The kids’ favorite game was “Barnacle.” Players start by running around the gym. When the game leader calls out a command, the players take a position. The last one into position is out… Play continues until only one player remains.

We had a blast this afternoon, and can’t wait to visit the Club again soon! 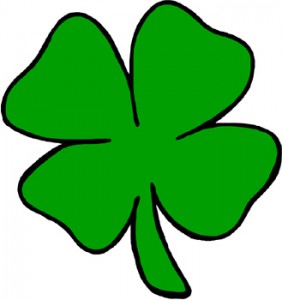 It’s St. Patrick’s Day, so there’s a lot of talk about luck! But when it comes to physical therapy and getting the most of out of your rehab, hard work is much more important than luck. We like this quote from Thomas Jefferson: “I’m a great believer in luck, and I find the harder I work, the more I find of it.”

When a physician refers a patient to physical [or occupational] therapy, you may think that the therapist will be doing the work, moving and manipulating the patient’s arms and legs to help regain their full use. In reality, it takes a lot of hard work and perseverance on the patient’s part to regain strength and function.

To recover as fully as possible and to maximize physical therapy benefits, the patient must be an active participant in the therapy. Each patient’s treatment plan will be based on an individualized, written treatment plan developed for the patient’s diagnosis, symptoms, and the findings after an evaluation by the physical [or occupational] therapist. The treatment plan will include specific goals with measurable objectives to demonstrate physical and functional improvement through therapy.