Justin is a Meteorology major and a member of the Class of 2012 at North Carolina State University (NC State) in Raleigh, North Carolina. Prior to attending NC State, Justin completed two years of coursework at Danville Community College (DCC). Justin is a 2006 Graduate of Merit from Dan River High School in Ringgold, Virginia. Justin’s accomplishments include earning the Eagle Scout Award from the Boy Scouts of America; President’s List from DCC; and Dean’s List from NC State University College of Math and Science.  Justin is the son of Kathy Adkins, a member of the billing staff at Danville Orthopedic & Athletic Rehab. 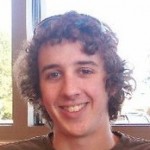 Ryan is a member of the Class of 2013 at Virginia Polytechnic Institute and State University (Virginia Tech) in Blacksburg, Virginia. Ryan is a 2010 Graduate of Merit from Dan River High School in Ringgold, Virginia. At Dan River, Ryan was the Valedictorian of his class and a member of the ACE Team and the Beta, Spanish, Science, and Drama Clubs.  Ryan earned the Eagle Scout Award from the Boy Scouts of America. At Virginia Tech, Ryan is a Theatre Arts major and member of the Casual Comedy Club, an improvisational comedy group. Ryan is the son of Kathy Adkins, a member of the billing staff at Danville Orthopedic & Athletic Rehab.

In August, Tyler will join the freshman class at Old Dominion University (ODU) in Norfolk, Virginia.  Tyler is a 2011 Graduate of Merit from Tunstall High School in Dry Fork, Virginia. As a student at Tunstall, Tyler was the captain of the varsity soccer team and a member of the Spanish Club and Interact Club. Outside of school, he was a Hapkido student at the Olympic Tae Kwon Do Academy and a member of the Southside Soccer Club and the Danville Community College Soccer Club. At ODU, Tyler plans to pursue a degree that will support a career in the medical field. He hopes to continue his involvement with soccer and martial arts. Tyler is the son of Cindi Mathena, a physical therapist assistant at Danville Orthopedic & Athletic Rehab.

In August, Matt will begin classes at Patrick Henry Community College in Martinsville, Virginia. Matt is a 2011 graduate of Tunstall High School in Dry Fork, Virginia. At PHCC, Matt plans to study to be a heating, ventilation, air conditioning, and refrigeration technician. Matt is the son of Wanda Shelton, a member of the billing staff at Danville Orthopedic & Athletic Rehab.

Established in 2011, the purpose of the DOAR & Affiliates Scholarship is to support post-secondary educational opportunities for qualified students.   To be eligible, the application must currently be enrolled in an educational program and must have a parent, step-parent, or legal guardian employed by a DOAR & Affiliates company. The scholarship application will be open on an annual basis. Each eligible applicant may receive up to four awards. Learn more at doarpt.com/about/scholarship

Don't suffer with hip, knee or leg pain! Check our April newsletter for tips on decreasing pain! Our staff spotlight is Tiffany DeLoatch in our Martinsville office and we are welcoming three babies to the DOAR family! … END_OF_DOCUMENT_TOKEN_TO_BE_REPLACED

Join us in welcoming Tanya Howell, PTA to the team at DOAR South Boston! Tanya is a licensed PTA with a Bachelor of Business degree as well as an Associate of Applied Science degree in Physical Therapy. She brings 20 years experience in outpatient, acute, and skilled nursing facility … END_OF_DOCUMENT_TOKEN_TO_BE_REPLACED

More from the DOAR & Affiliates Blog